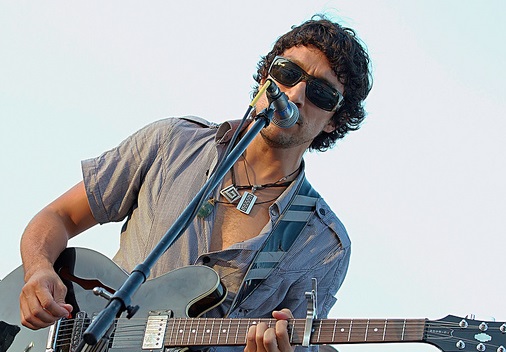 Javier Mendoza is celebrating his 20 year anniversary of one of his most acclaimed albums “Step Into My Place”. This album put Javier and his band in the St. Louis map as one of the strongest bands in the area in 2000. With hits like “Veronica”… which played on rotation on 101.1 FM The River, and songs like “Waiting” and “Love Is In The Way”, which got radio play on MTV’s television show The Real World. Also, the song “Ron Lalá” continues to be heard all over theaters in Spain at every performance by the Maxi winning (Spain’s Tony equivalent) Theater company, Ron lalá.

Javier Mendoza and his band will present a stripped down rendition of the album in its entirety, as Javier tells stories about how the album was recorded, what the songs meant to him at the time and the intended meaning, and how and why was this album so pivotal in his musical career.