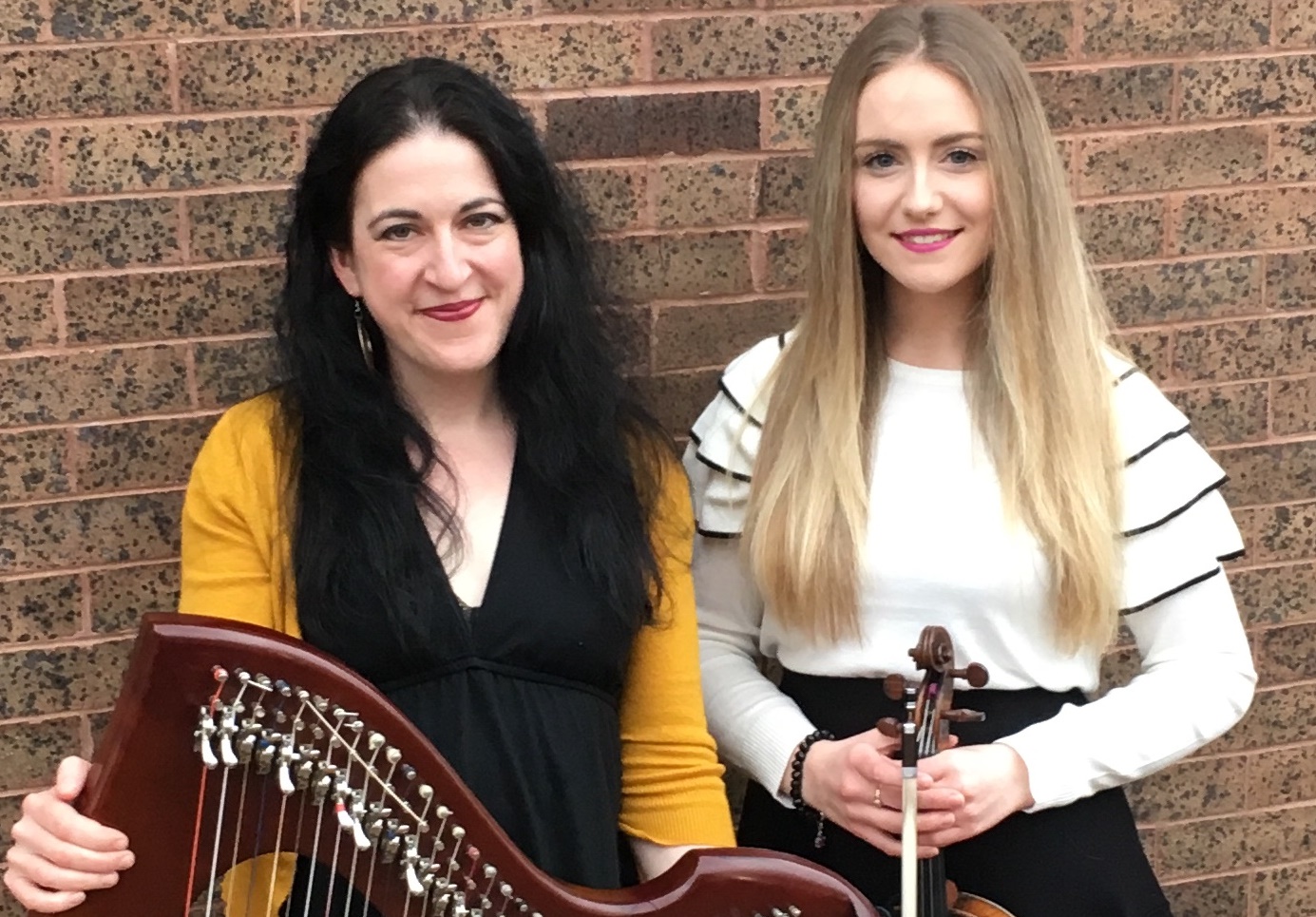 An Evening of Celtic Music

Eimear Arkins and Eileen Gannon have been lighting up the Irish music scene in St. Louis and beyond for the past several years. Their beautiful blend of Irish songs and haunting harp melodies will tug at your heartstrings while their toe-tapping dance tunes are sure to raise your spirits!

Eimear is an award-winning singer and fiddle player from County Clare with eleven solo Fleadh Cheoil na hÉireann (World Irish Music Championships) titles to her credit. She has performed throughout the US and Ireland with acclaimed bands like Cherish The Ladies, Téada, and The Paul Brock Band.  She has toured extensively with Comhaltas Ceoltóirí Éireann in Ireland, Britain, North America and Canada. Eimear’s debut CD, What’s Next? was released in summer 2019 to great acclaim and she was named “Best Newcomer” by LiveIreland 2019. Most recently, Eimear has been awarded an artist fellowship from the Regional Arts Commission of St. Louis.

"She is a lovely singer, wonderful fiddle player and a truly accomplished step dancer. Triple threat time! Count us as major new fans of her and what will surely be a terrific career. Eimear Arkins - remember THAT name!" Bill Margeson, liveIRELAND

Eileen, a St. Louis native, is one of the top Irish harp players in the world. She has won numerous accolades including the highly coveted Senior Harp title at Fleadh Cheoil na hÉireann. She has a bachelor’s degree in Music Performance from St. Louis University and a master’s degree in Ethnomusicology from University of Limerick.  Eileen launched her debut solo CD, The Glory Days Are Over, to great acclaim in the summer of 2017.