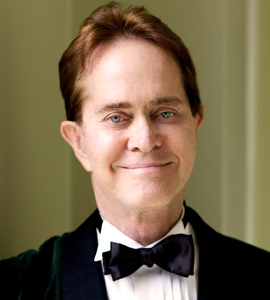 COLE PORTER AND BEYOND

Called “the very personification of the spirit of Cole Porter” by the New Yorker, Steve Ross takes his audience on a musical and anecdotal journey through the songs of this most sophisticated of composers – from his early successes in the Twenties (“I’m In Love Again,” “You Do Something To Me,” “Let’s Do It”) through his glory years in the Thirties ( “It’s D’Lovely,” “In the Still of the Night”), the Forties, noted for his masterpiece “Kiss Me Kate” and his later songs from the Fifties (“I Love Paris,” “C’est Magnifique” and “It’s All Right With Me.” There will also be songs by his contemporaries (and friends) Noel Coward, the Gershwins, Jerome Kern, Rodgers & Hart and ending with a tribute to the great Fred Astaire for whom he wrote one of his undying classics, “Night and Day.” Don’t you find yourself sometimes just having to go to Cole Porter? And isn’t this the best time of year to do it? And isn't Steve the right guy to do it with?