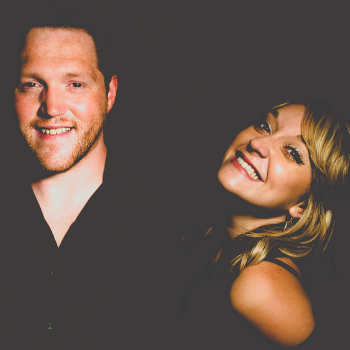 Johnnie Pressley and Cara Schamburg make up the Whiskey Raccoons, a musical duo that's been performing together since 2014. The pair released their first album, "This Is Us", in 2017 and their most recent single, "Long Way Down", in March 2021. They're excited to continue releasing singles throughout 2021 followed by an EP at the end of the year.

Starting out as a simple cover band, Johnnie and Cara quickly realized that their passions not only involved performing live but also writing and recording their own original music. Every song they write has a story behind it that they are excited to share with you during the show. Their Americana sound incorporates elements of rock, country and pop and they enjoy dabbling in a variety of genres to create unique experiences for their audiences.

Over the past 6+ years, the Whiskey Raccoons have played well over a thousand shows all over the Midwest USA. They look forward to bringing you an entertaining and fun-filled night full of music, stories, laughter and good times. See you July 9th!