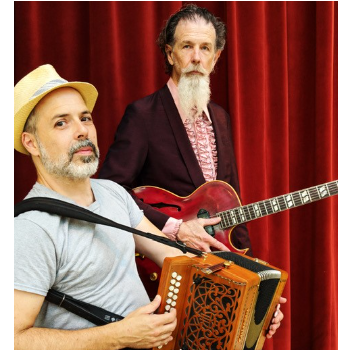 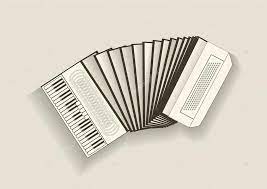 Rob Curto is an accordionist, composer, and pianist based in Philadelphia and New York City. He has a prolific touring and composing schedule, gaining notoriety for his mastery of the piano accordion, exciting harmonic blends, and general musicianship across genres and musical boundaries. He is a founding member of the "Brazilian Bluegrass" band Matuto, which gained a following across the US and Canada, was selected to showcase at WOMEX, and toured extensively across Africa, Asia, Europe, and other areas, chosen to represent the US State Department overseas. He has released several CDs and EPs as a band leader and is a prolific composer/arranger, including his latest musical project, the unabashedly accordion-centric American roots band, Fish Harmonics, featuring smokin' accordion along with bass fiddle, groove-oriented drumming, and old-timey strings. Fish Harmonics' debut EP, ONE, is available streaming in all the places.

Since relocating to Philadelphia, Curto has developed an interest in Irish button box, adding B/C button accordion to his repertoire. He studies with NEA National Heritage Fellow and multi-All Ireland Champion, Billy McComisky, and occasionally with John Whelan and PJ Hernon. Curto is profoundly interested in the (relatively) recent history of accordion in traditional Irish music, a passion that has brought him zig-zagging around West Kerry and Co. Sligo, joining sessions and absorbing tradition and tunes.

Curto has many compositional credits, including his own albums as well as TV (Bear in the Big Blue House), documentaries (The Same Heart), independent compositions, and other commissions for theater, film, and commercials.