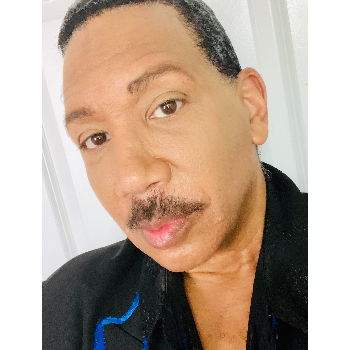 Michael O'Hara/The Torch Singer was born and raised in St. Louis. At the tender age of 6, God gave him the gifts of singing and playing the piano, which he did for many years in his father's Baptist church. At 14, Michael met Dave Torretta, who had a group called Spoon River Band. He played with Dave for many years as the band morphed into what St. Louis remembers best - The Sheiks! - who opened for The Rolling Stones, Chaka Kahn, Huey Lewis & The News, The Kinks, eventually performing with Chuck Berry and Bo Didley on the very last ABC In Concert with Dick Clark. For 15 years, The Sheiks performed all over St. Louis, and up and down 55 Highway 55 from Chicago to New Orleans at all the top hot spots, until they moved to New Orleans and performed there for eight years. O'Hara left the band to pursue a songwriting and producing career with MCA/Universal where he became a staff writer for 9 years, then signed with Warner Bros./Little Reata for a further 7 years. He wrote for such fabled artists as Anita Baker, Pattie LaBelle, Jody Watley, Donna Summer, Cee Cee Peniston, Phazia, Nancy Wilson, Meli'sa Morgan and Oleta Adams. He co-penned the worldwide #1 hits, "Just Because" and "It's Been You All The Time" for Anita Baker; two top-10 Christmas songs for Pattie LaBelle,  "Reason for the Season" and "This Christmas Time"; "Feels So Good" in the Spike Lee film "Do The Right Thing"; "Donna Summer's" last dance hit "Love on and On; and Jody Watley's 10-ten hit- "It All Begins With You" which she was personally invited to perform it on "Saturday Night Live!" and for President Bush Sr. who loved it so much he asked her perform it for the joint session of Congress and the Senate! He is currently a Rabadash Records recording artist, and has given them their first hit in 35-years with his rousing song "Make it Rain!" which was considered for a Grammy Nomination this year, from his new CD- "Journey of a Thousand Years". And he's just been made Vice-President & Head of the A&R Department for his label - Rabadash Records!

Michael O'Hara has garnered 4-Grammy Nominations, 2-American Music Awards Nominations, 2-BMI Awards, been on national TV 30 times, sung at "Busch Stadium" (as it was called then), "The Superdome", "Carnegie Hall", "The Saenger Theater", "Powell Symphony Hall", performed all over Europe, and of course, the United States!

Anita Baker calls Michael O'Hara "One of the best writer-producers in America! Not bad for a humble boy from St. Louis!"