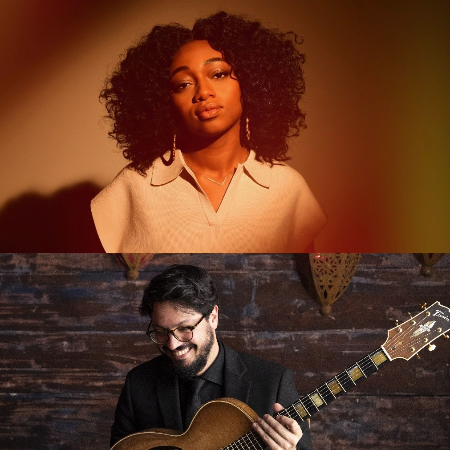 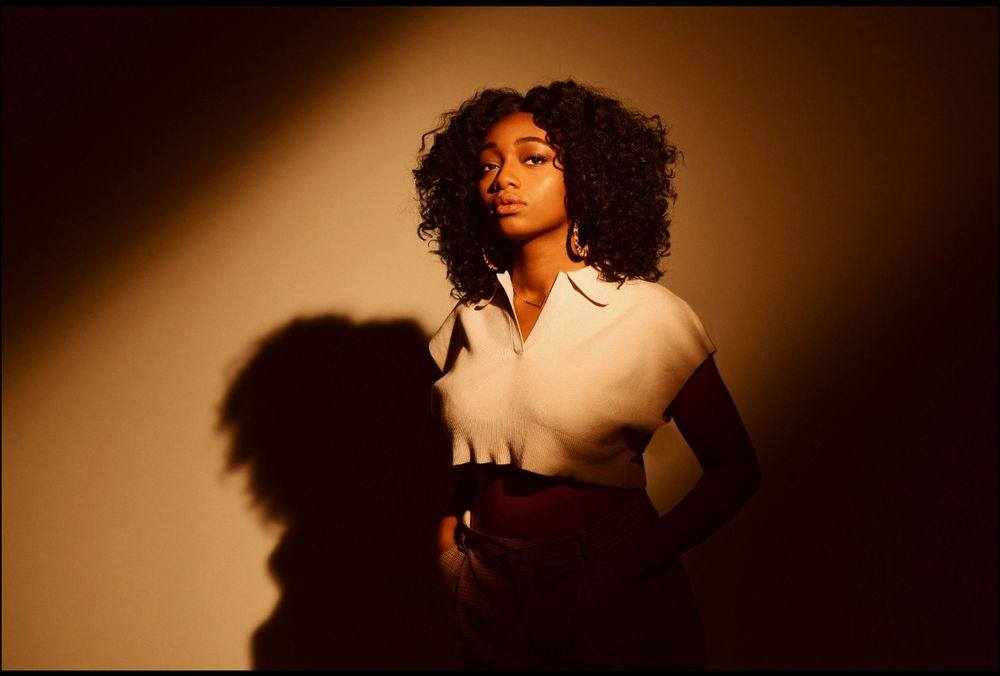 SAMARA JOY is a singing star in the ascendancy.

As this is being written, she is on her first European Tour. At age 21. After appearing at Ronnie Scott's in London, she is singing in Milan and Stuttgart.

After winning the 2019 Sarah Vaughan International Jazz Vocal Competition, she released her first album featuring the Pasquale Grasso Trio. That album announces the arrival of a young artist destined for greatness, and brought in invitations to perform from all over the world.

“The best guitar player I’ve heard in maybe my entire life is floating around now, Pasquale Grasso,” said the jazz-guitar icon and NEA Jazz Master Pat Metheny. This guy is doing something so amazingly musical and so difficult. “Mostly what I hear now are guitar players who sound a little bit like me mixed with a little bit of [John Scofield] and a little bit of [Bill Frisell],” he continued. “What’s interesting about Pasquale is that he doesn’t sound anything like that at all. In a way, it is a little bit of a throwback, because his model—which is an incredible model to have—is Bud Powell. He has somehow captured the essence of that language from piano onto guitar in a way that almost nobody has ever addressed. He’s the most significant new guy I’ve heard in many, many years.”

“Samara’s voice and her music seem to belong to all time, like she’s connected to the entire history of jazz all at once - as if she were existing in every era simultaneously, she sounds both classic and contemporary.” – Will Friedwald

Having recently celebrated her 21st birthday, Samara has already performed in many of the great jazz venues in NYC, including Dizzy’s Club Coca Cola, The Blue Note, and Mezzrow, in addition to working with jazz greats such as Christian McBride, Kirk Lightsey and Cyrus Chestnut.

Joy grew up in the Bronx around a supportive musical family. Music was a pervasive presence, due to the inspiration of her paternal grandparents, Elder Goldwire and Ruth McLendon, who led the Philadelphia-based gospel group, The Savettes. “My mother and father gave me the opportunity to hear music on an interesting spectrum, from Luther Vandross and Chaka Khan through to George Duke and Stevie Wonder. Actually, I hadn’t heard of Sarah Vaughan until college. My friends were all into jazz and started sharing their favorite recordings with me. The turning point was when I heard Sarah’s version of “Lover Man” – I was hooked.”

It’s with singers like Vaughan and Ella Fitzgerald that early comparisons have been made, and close study of such vocalists formed the basis of the album. “The inspiration comes from absorbing as much of their style as possible. It’s a glimpse of what I’ve learned so far, and a way for me to pay homage to those who have come before, while lending my own perspective to these songs.”