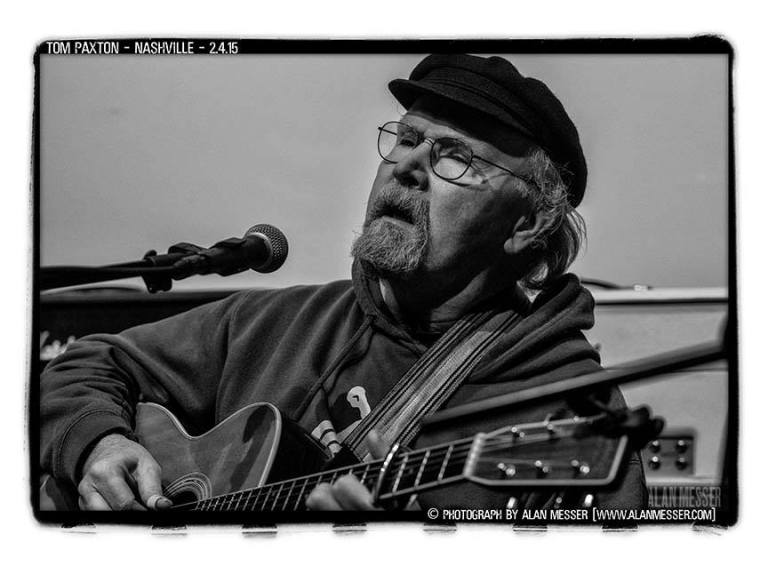 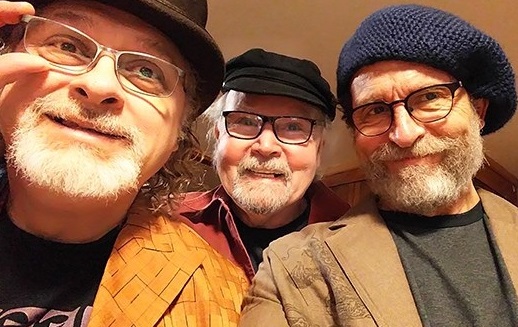 TOM PAXTON is one of the great songwriters of his generation. His place in folk music is secured not just by hit records and awards, but by the admiration of three generations of fellow musicians.

“I have sung Tom’s songs for four decades and will go on doing so, for they are beautiful and timeless.” (Judy Collins)

“Tom Paxton embodies the spirit of folk music in the most beautiful sense. Not just in his song crafting, his work ethic, his politics and his dedication to people’s music, but also in his kind and generous heart.  (Ani DiFranco)

“Thirty years ago Tom Paxton taught a generation of traditional folksingers that it was noble to write your own songs, and, like a good guitar, he just gets better with age, ” observes Guy Clark. Paxton has been an integral part of the songwriting and folk music community since his early success in the early 60’s Greenwich Village coffeehouses, The Gaslight and The Bitter End.

He has performed thousands of concerts around the world in Australia, New Zealand, Japan, Hong Kong, Scandinavia, France, Italy, Belgium, Holland, England, Scotland, Ireland and Canada. That these fans still enjoy his work is a testament to the quality of his recent work, and to the enduring power of modern standards like The Last Thing On My Mind, Ramblin’ Boy, Bottle Of Wine, Whose Garden Was This?, Goin’ To The Zoo and The Marvelous Toy. Paxton’s  catalog of hundreds of songs (recorded by artists running the gamut from Willie Nelson to Placido Domingo,) serve to document Tom Paxton’s 50-year career.

JON VEZNER of The DonJuans

Grammy award-winning songwriter, Nashville-based Jon Vezner is a tunesmith of rare sensitivity and dry wit. His catalogue of recorded songs, topped by the poignant “Where’ve YouBeen,” reflects his straight-to-the-heart sensibility and emotional awareness. Vezner weaves the particulars of his own feelings with the lives of people he has known into universal themes that deeply touch listeners’ emotions. Vezner was honored with a Grammy for “Best Country Song” and the Nashville Songwriters Association “Song of the Year” in 1990, for “Where’ve You Been” — the true story of Vezner’s grandparents — co-written with Don Henry, and recorded by Kathy Mattea. “Where’ve You Been” was also honored as “Song of the Year” by the Country Music Association (CMA) and the Academy of Country Music (ACM). Jon was also voted “Songwriter of the Year” by the Nashville Songwriters Association International. Jon’s catalogue of songs reads like a songbook itself, interpreted and recorded by some of the greats in the business such as Martina McBride, Reba McEntire, Faith Hill, Steve Wariner, The Wiggins, Clay Walker, Diamond Rio, BJ Thomas, Janis Ian, John Mellencamp, Nancy Griffith, Judy Collins, and Native American recording artist, Bill Miller, to name a few. Jon’s production credits include artists such as Danny O’Keefe, Victoria Shaw, and singing legend Patti Page.

“Jon Vezner writes about the details, the details of our hearts and feelings. His gift is in speaking to these ordinary things which connect us to one another. And in recognizing their simple beauty, he transforms them into something extraordinary.” — Mary-Chapin Carpenter

DON HENRY of The DonJuans

In Morgan Hill, California in the early 70's, records like "The Band" by The Band and "Honky Chateau" by Elton John prompted Don Henry to begin writing his own lyrics to Jim Croce melodies. Then he learned to play guitar with a Paul Simon songbook. After that it was an education in The Beatles, Cat Stevens, Harry Nilsson, Carole King, Cat Stevens, and Joni Mitchell. Then Randy Newman's 'Good Old Boys' and 'Old Number One' by Guy Clark changed his life. In April of 1979, at 19, Don made his way to Nashville. After spending 4 years as the tape copy/librarian for Tree Publishing Company, cataloging some of the best songs by some of the best songwriters in Nashville (Sonny Throckmorton, Bobby Braddock, Harlan Howard, and Curly Putman), Don's own songs started getting recorded and he was moved to full-time staff songwriter. Ray Charles, Conway Twitty, the Oak Ridge Boys, T.G. Sheppard, John Conlee and Kathy Mattea are just a few who recorded Don's songs during this period. In 1990, Don and Jon Vezner received song of the year awards for co-writing Mattea's critically acclaimed hit, "Where've You Been". Awards from the Grammys, as well as from the Academy of Country Music, the Country Music Association, and the Nashville Songwriters Association International culminated it "Where've You Been" becoming the first song ever to be so honored by all four organizations.

In 1991 “Wild In The Backyard” was released on Sony/Epic Records. Billboard's Ken Schlager chose the debut album as one of 1991's Top Ten records, as did Larry McClain of BAM magazine. Rolling Stone liked it enough to profile Don in their "New Faces" column. Since, Don’s songs have been recorded by Lonestar, Rosie Flores, The Thompson Brothers Band, Bryan White, and Blake Shelton. A 2001 release, “Flowers and Rockets”, was followed

quickly by "Live At The Bluebird Café". In 2013 Miranda Lambert had a hit with Don and Phillip Coleman’s song “All Kinds Of Kinds”. At Don's shows, you'll easily spot those who have yet to hear his songs. Upon first experiencing

them, the listener is often moved to laughter or tears, sometimes both at the same time! And everyone leaves humming, because Don Henry songs stay with you.

"The crowd was won over by this guy and his guitar. Long may he write." -Dirty Linen