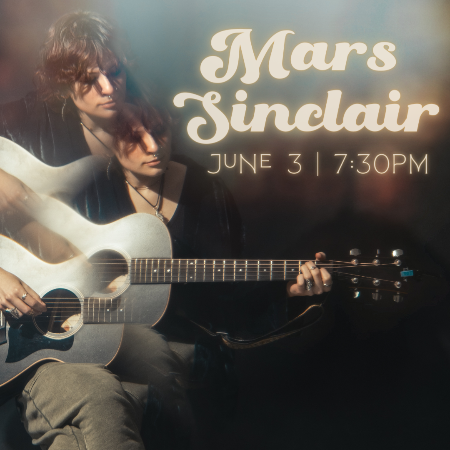 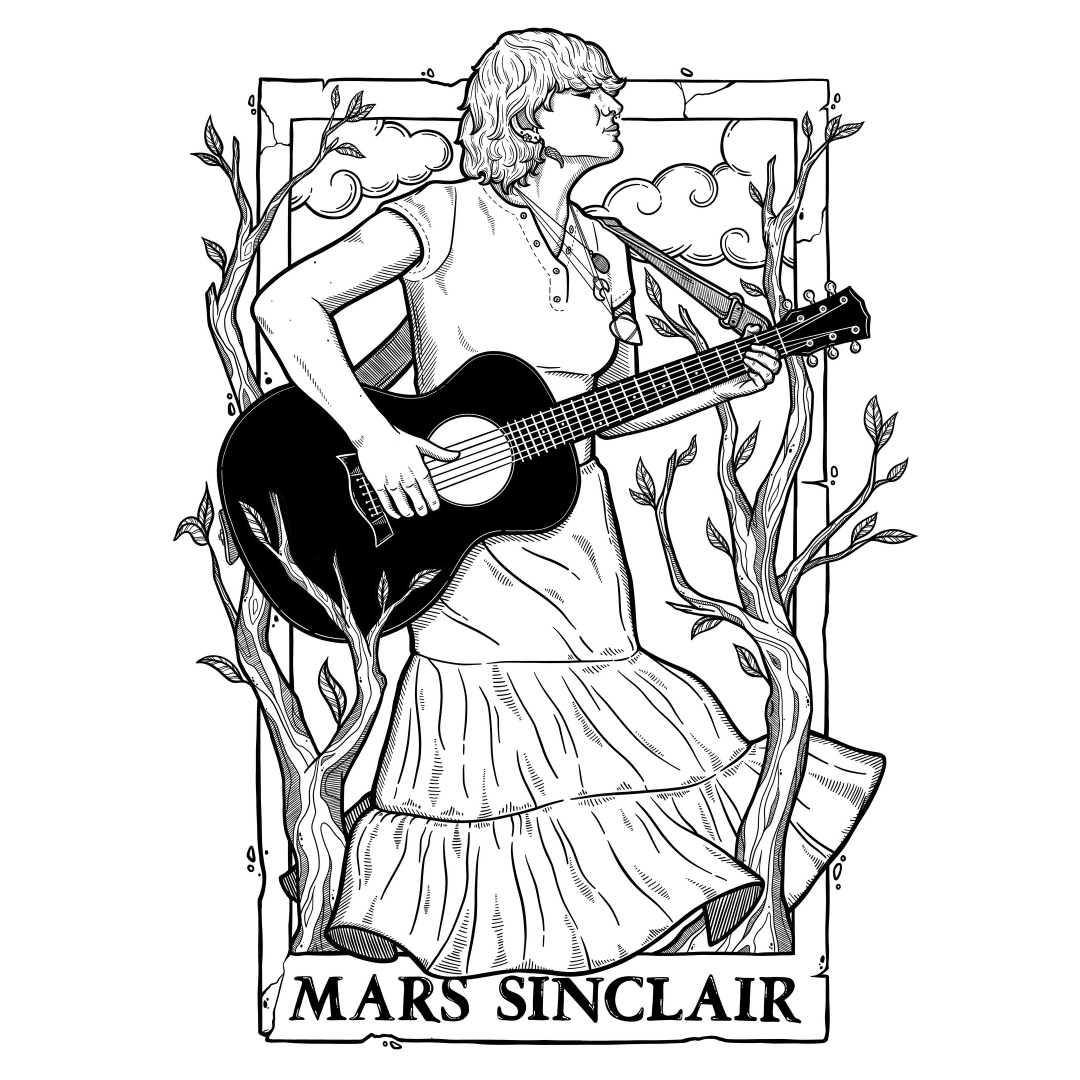 With a full album (The Tides Never Tire) under her belt, Mars Sinclair returns to Blue Strawberry for the next step. She is a gifted and prolific singer songwriter. A native of St. Louis and a high school senior (she graduates on May 23), Mars writes and sings about the wonders, pain, and joys that tap into the spirituality of everyday life. She will be performing all original songs from the album and several new songs that have not yet been recorded.

She will be backed by a band with extensive performance experience.

Setting the pace for the beat will be Samuel Kallaos (Band Leader, Drums and Percussion). Sam is originally from St. Louis Missouri, but has lived in Nashville Tennessee for the last 20 years where he has been a road and studio drummer as well as a teacher. Sam has had the pleasure to record and play live with some of Nashville’s most exciting personalities including Kid Rock, Kix Brooks, Ronnie Dunn, Mel Tillis, Raul Malo, Joe Nichols, John Pizzarelli Jr, and JD Simo. In Missouri Sam spent a decade as drummer, percussionist and Band Director at the Shoji Tabuchi theater from 1993-2002. Sam is sponsored by Dream Cymbals and Mapex snare drums.

Christopher James Duesinger will play sax and flute. Christopher hails from St. Louis Missouri and is one of the most gifted woodwind multi instrumentalists in the country. Chris has been performing professionally for 28 years backing up the likes of Frankie Avalon, Shoji Tabuchi, The Lawrence Welk Orchestra, Bobby Darin, and Wayne Newton to name a few. Chris has manned the pits of various broadway shows across the country and is in high demand as a live performer. Both as a solo performer and a side man Chris brings an element of class and depth to Mars’s music and anyone else lucky enough to have him on their project.

On guitar will be veteran, Justin Ryan Ward. Justin has been playing professionally for 32 years having amazing success behind midwest bands such as Clockwork, Sequel Dose, Deep Inside, and playing in the 4 Jax with 2 time Star Search winner Jake Simpson. Justin has a passion for teaching as well and this creates a richness in his playing not heard in many guitarists in the area due to his love and pursuit of playing many styles of music. Justin has parleyed his passion for playing and teaching into Southwest Missouri’s hippest lesson studio, the “Feedback School of Music” where Justin is the owner, and mentor to some of Missouri’s finest music teachers whom he employs to teach the next generation of great musicians.

Austin Demetrius Wilson will be on bass. Austin is the product of Branson Public schools under the tutelage of former arranger for the Shoji Tabuichi orchestra Eric Matzat. Austin plays many styles well and has backed several Branson acts as well as Joan Rivers, Shirley Jones, Billy Yates, The Lennon Brothers, and the  Wayne Avers Trio. Austin has been quite busy in his young career and is very much in demand in the Southwest Missouri area.