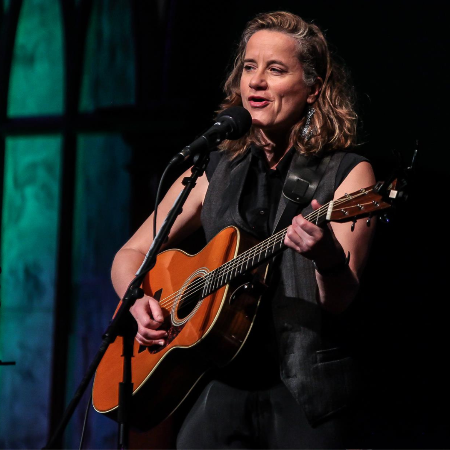 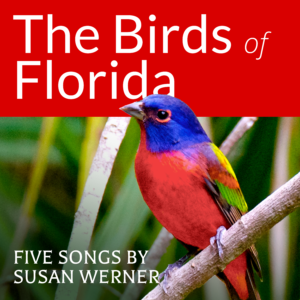 Susan Werner is in the rung of contemporary songwriters closest to heaven. As a performer, she is vastly entertaining - funny, fun, dryly witty, very hard working and endlessly charming. Her songs have been recorded by Tom Jones and Michael Feinstein, Betty Buckley and Christine Ebersole. Emily Skinner once ended her Blue Strawberry show with a Susan Werner song, "May I Suggest To You?"

Susan Werner has built a reputation coast to coast as one of the most daring musical forces on the acoustic circuit. With professional jazz, rock and classical chops on piano, guitar and vocals, her songs and shows explore a dizzying array of styles and themes in concept albums ranging from Cuban Son (An American In Havana), to New Orleans junk piano (NoLa), a celebration and critique of the American church (The Gospel Truth), and new “Great American Songbook” style standards (I Can’t Be New).

Werner has toured with luminaries such as Richard Thompson, Joan Armatrading, Keb Mo and George Carlin, and her performances are renowned for their intensity, spontaneity and humor. Her score for composer and lyricist of the score for Bull Durham, The Musical, based on the MGM film (Alliance Theater, Atlanta) was praised by the New York Times and the Atlanta Journal Constitution.

“(Werner is) a songwriter and musician who is in such complete command of her gifts that it’s almost scary.” — All Music Guide

"One of the most innovative songwriters working today." - Chicago Tribune

“When it comes to crafting a song, Ms. Werner’s only peers are Jimmy Webb and Paul Simon.” — No Depression