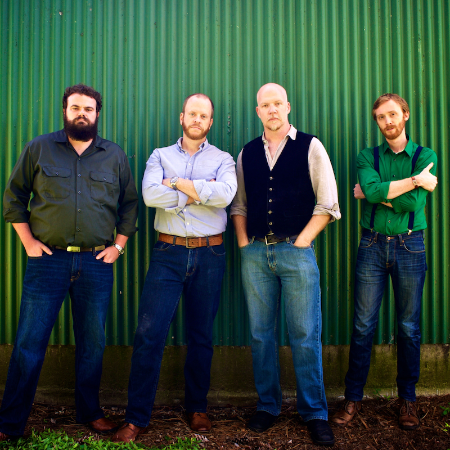 The Wee Heavies (Aaron Schiltz, Peter Merideth, Jay Harkey, and Steve Neale) started singing together in the Shaw Neighborhood of St. Louis in 2013. The mostly a cappella band has won a following with their mix of Scottish, Irish and American folk music that combines tradition with innovation and weaves together a unique take on the songs they sing. With their voices (and occasional instrumental accompaniment) the Heavies create a sound rich in harmony with unexpected twists and an energy that has their audiences clapping, stomping, and singing along. Between songs, the lads are just as entertaining through their humorous rapport and engaging storytelling. The band has released two albums: a self-produced self-titled first album, and "Times Long Gone" their second album, produced by Brian McNeill.