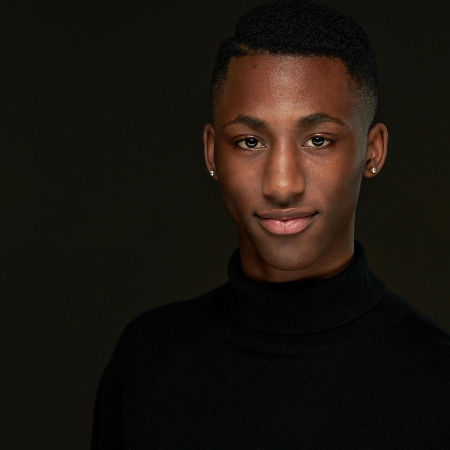 Songs from Theater School is a collection of memorable music during DeAnté Bryant’s time at the Sargent Conservatory of Theater Arts. Accompanied by Randon Lane, this night of magic not only showcases some of the songs that DeAnté was able to explore in college, but also the lessons that he learned, and his journey in faith, as well as, some pretty cool people that he met along the way.

DeAnté is a senior Musical Theater major at Webster University. He has performed in a few shows at Webster including The Living by Anthony Clarvoe and The Webster Student Voices Project where he made his playwrighting debut (My Conscious Mind). His professional credits include A Christmas Carol (2021 & 2022) at The Repertory Theater of St. Louis and A Dickens of a Christmas Fox Theater Tour at The Fabulous Fox Theater.

Outside of the stage, DeAnté loves making music and has a few songs out on all platforms. DeAnté enjoys writing and is currently working on his first musical “It’s Not About You”. Above all things, DeAnté is a man of God and thanks his father for the strength.