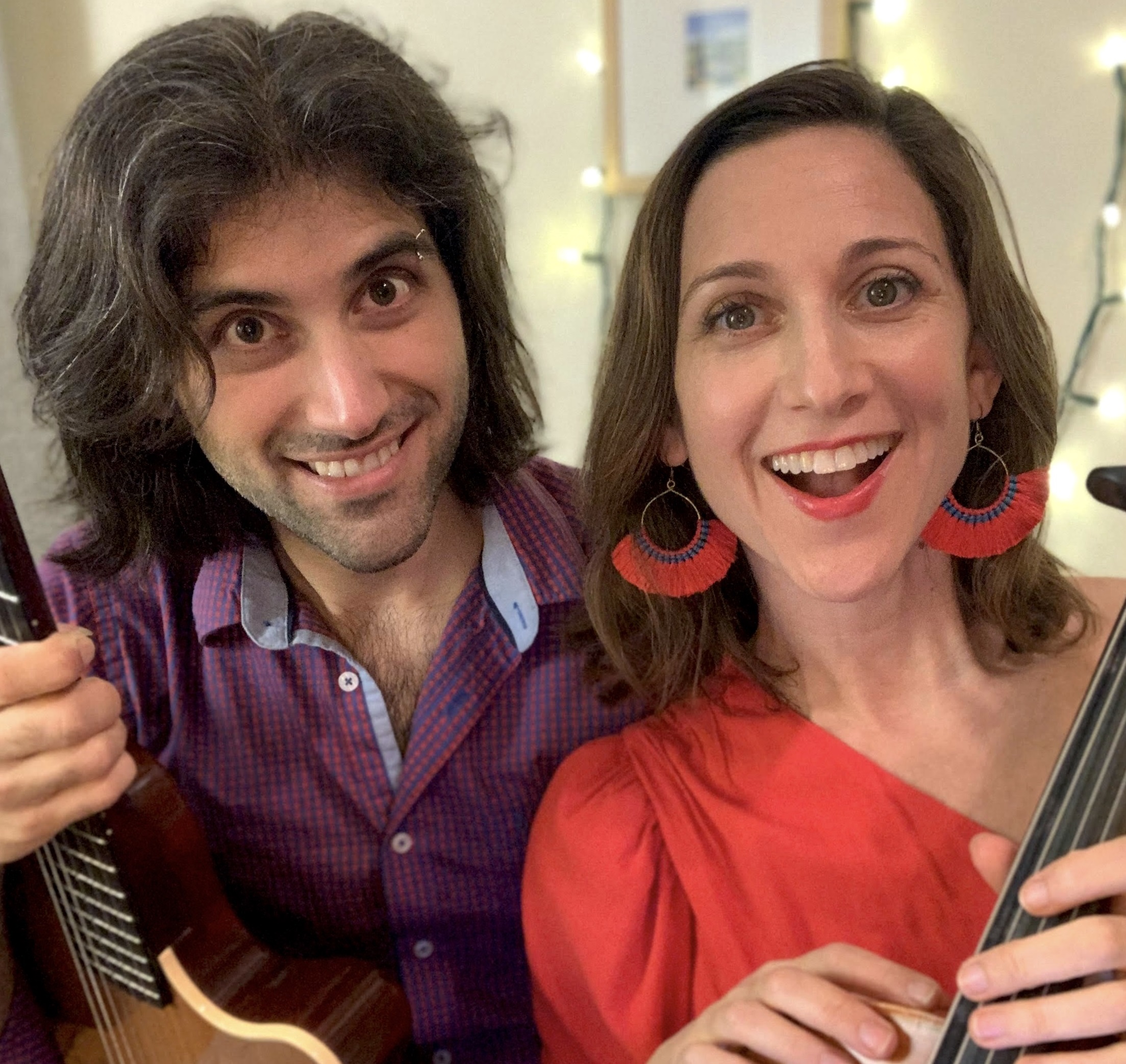 Blue Strawberry is thrilled to welcome virtuosic Argentine guitarist Dario Acosta Teich and multilingual vocalist/songwriter Eleanor Dubinsky back to her home town. This singular duo lights up the stage with fresh interpretations of jazz, Latin, French, popular and original songs that draw from their rich cultural backgrounds. Eleanor and Dario will perform songs from their new album (title coming soon!) which they have recorded over the past six months while sheltering in place together in New York City and Massachusetts.

One of NPR Alt.Latino’s four 2018 picks for New Spring Music, Eleanor Dubinsky is “a multilingual musician who can capture the emotions and soul of a community in a song.” (Felix Contreras, NPR).

Journalist Tom Pryor describes Eleanor’s work as “joyous, uplifting and deeply generous...this is music as medicine for your soul.”

Eleanor’s music lives at the tender edge where jazz, world, and pop sensibilities meet emotionally forthright songwriting. Hailing from St. Louis, MO and based in New York City, her sound celebrates both her mid-western American roots and the formative time she has spent throughout her life in South America, Western and Central Europe and most recently, Portugal and Cape Verde.

Eleanor has made many festival appearances including Lincoln Center's Boro Linc: La Casita, Philadelphia International Festival For The Arts at the Kimmel Center, Levitt At The Falls (Sioux Falls, SD), 4 + 4 Days In Motion Festival in Prague and the Puerto Morelos Music Festival (Mexico). She has performed at Joe’s Pub, World Cafe Philadelphia, Philadelphia Museum of Art, Barnes Foundation and the Guggenheim Museum and in Portugal, Costa Rica, France, Guatemala, Cape Verde, Greece, the Czech Republic, Uruguay and Senegal. Eleanor has released three CDs to date: Touch The Sky (2011), Listen To The Music (2012) and Soft Spot of My Heart (2018).

Virtuosic Argentine guitarist Dario Acosta Teich and multilingual vocalist/songwriter Eleanor Dubinsky bring audiences together around the world with fresh interpretations of jazz, Latin, French, popular and original songs. Their music has been described as joyous, uplifting and deeply generous. Be it on the physical or virtual stage, this NYC-based duo inspires with elegant performances that transcend genre and geography and celebrate the healing power of music.