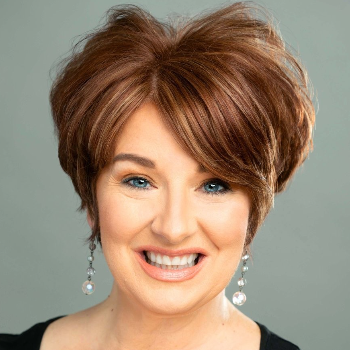 Setting The Standard With a Twist of Time & The Pfeffer Trio

Setting The Standard With a Twist of Time

Debby Lennon & The Pfeffer Trio explore standards from Irving Berlin, Cole Porter, The Gershwin’s and Harold Arlen, arranged with a contemporary groove, mixed meter and sly rhythms. A new and fascinating twist on time from superb musicians and arrangers.

A member of the St. Louis Symphony Chorus for thirty-two seasons, Debby Lennon made her solo debut with the St. Louis Symphony Orchestra in the 1992 Carnegie Hall premiere of William Bolcom's "Songs of Innocence and Experience." The Boston Globe called her "brassily irresistible." From 1992-1999, Ms. Lennon recorded and performed with the nationally known a cappella group "Pieces of 8" of which she was a founding member.

Ms. Lennon is active in the St. Louis opera scene having performed in Winter Opera's 2012 production of La Boheme, and with Union Avenue Opera (UAO) in their productions of Verdi's Un Ballo in Maschera and Puccini's Madama Butterfly. She played Annina in La Traviata and Giovanna in Rigoletto directed by Tim Ocel, and Mrs. Mullen in Carousel directed by Ken Page at UAO. She made her Opera Theater of St. Louis debut in the ensemble of Dialogues of the Carmelites.

She has been a featured soloist in performances of Mendelsohn's "A Midsummer Night's Dream Vaughan Williams "Serenade to Music," "A July 4th Patriotic Celebration under the Gateway Arch" and " Disney Goes To The Movies, The Last 20 Years" with the St. Louis Symphony.

Ms. Lennon has performed several seasons at The Muny and most recently was a part of the 100th season playing the role of Dora Baily in Singing In The Rain. Ms. Lennon starred in Max and Louie's critically acclaimed 2016 production of Grey Gardens and won the Judy Award and Broadway World Award (St. Louis Division).  She won back-to-back St. Louis Circle Awards for Best Actress in a Musical in 2016 for Grey Gardens and for Best Actress in a Comedy in 2017 for her portral of Florence Foster Jenkins in Souvenir, A Fantasia on the Life of Florence Foster Jenkins. Most recently, Ms. Lennon was seen in Max & Louie's one woman show, Love, Linda, The Life of Mrs. Cole Porter, directed by Ken Page.