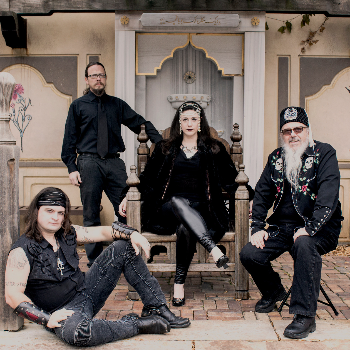 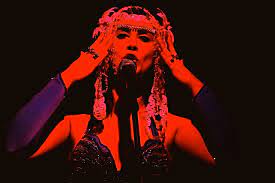 Cora Camille formed Final Veil out of her great love for middle eastern and experimental fusions of world music with modern club music. The power and beauty of Egyptian music sparked Camille’s initial interest in the dance and led her to pursue learning to play Middle Eastern music.  This pursuit landed Camille in London, England, where she studied dance and rhythm with internationally-acclaimed percussionist and producer Hossam Ramzy.

After returning home to the U.S., Camille came up with the name Final Veil and began looking for musicians to help her fulfill the dream of playing live Egyptian music.  After trying various musicians and line-ups for Final Veil (at one point even having a six-piece band), Camille decided to combine her love for Egyptian music with her equal feelings for Electronic music.