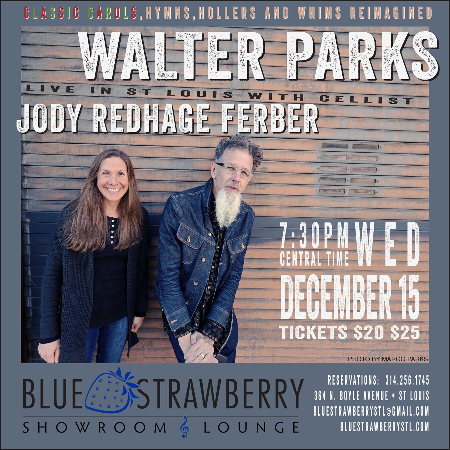 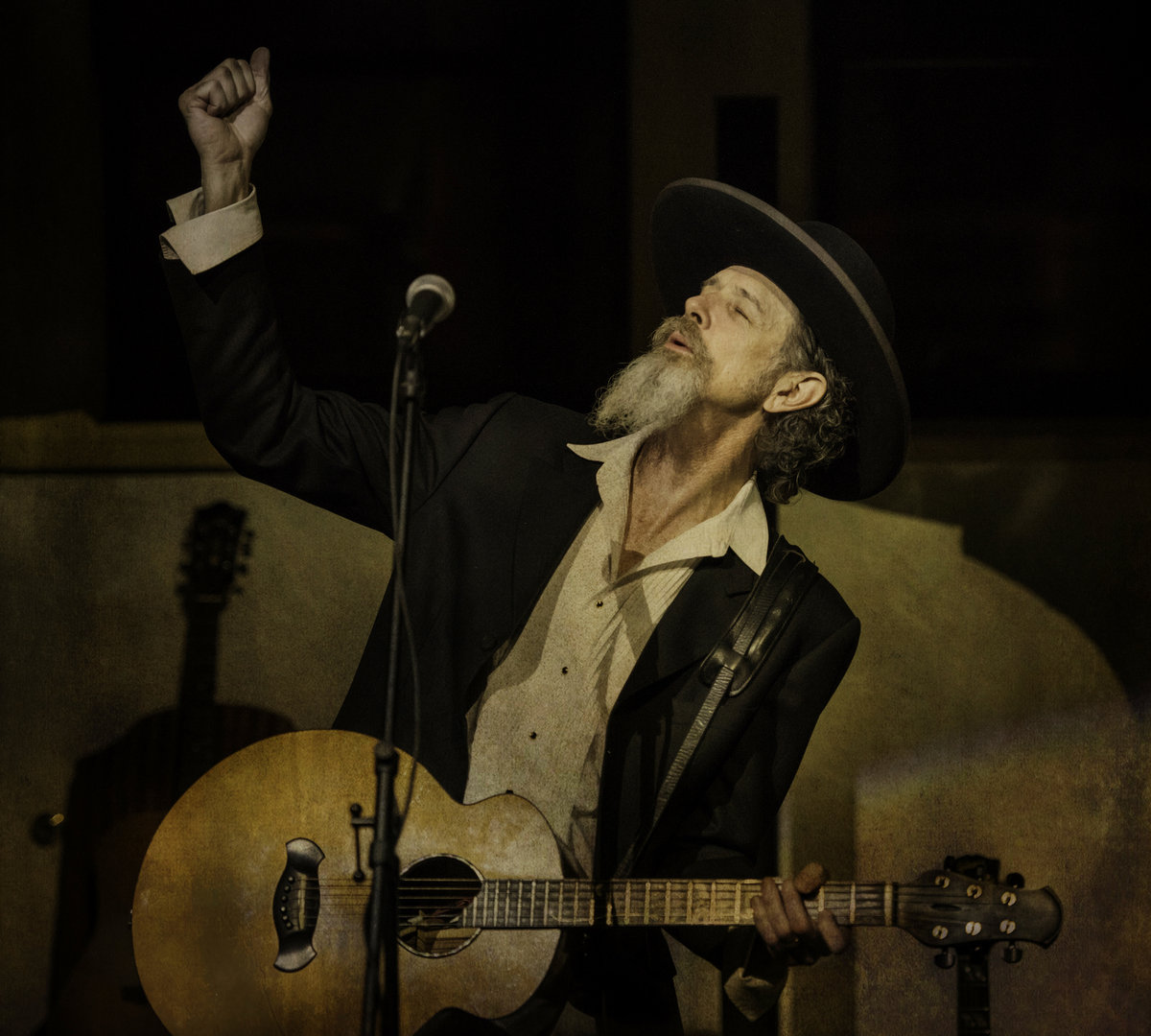 Walter Parks's show of hollers and reels and Americana spirituals is a pure and incandescent enchantment, a joy and a thrill of consummate artistry.

This time through he's bringing a lot of Christmas material that he's never done before in St. Louis.

"Walter Parks's examination of the spirituals that built American roots shows the guitarist has a historian's head and the gravitas to pull this music off." (UK Classic Rock Magazine)

In August 2020 writer, guitarist and vocalist Walter Parks was invited by The Library of Congress to archive his research on and perform his arrangements of music made by southeast Georgia’s Okefinokee Swamp homesteaders – hollers, hymns and reels. For 10 years Parks, a Florida native, served as the sideman guitarist to Woodstock Festival legend Richie Havens. Now based out of St. Louis, Walter has recently co-written with Stan Lynch, former Tom Petty drummer and has performed at various venues with R&B drum legend Bernard Purdie and at Lincoln Center with Judy Collins. Walter tours with his own trio Swamp Cabbage, with his solo show Swamp By Chandelier and with an Americana spirituals project called The Unlawful Assembly co-founded by drummer Steven Williams. In September 2021 The Unlawful Assembly released their debut recording on Atomic Sound Record Company.

"Wow, wow, wow! Give this woman a cello and stand back!" (Cello City Ink).

Jody Redhage Ferber, passionate advocate of creative new music and chamber music, is a "a new music dynamo...Redhage is cultivating a growing repertoire of indie art song that breaches genre boundaries and makes for stirring listening" (MusicWorks magazine). Praised for her “exceptional technical command,” (Steve Smith, Night After Night), Redhage Ferber has premiered over 100 works, including almost 30 that she has commissioned for her voice, cello, and electronics from some of today's most talented composers. An active composer herself, she writes mainly for chamber jazz ensemble Rose & the Nightingale, and co-arranges and performs new repertoire for the unique instrumentation of cello/voice, trombone, & drums/percussion with her husband, Grammy-nominated trombonist and composer Alan Ferber, and his twin, drummer Mark Ferber. As a multi-style cellist, Redhage Ferber is a busy recording session player and a mainstay performer on several groundbreaking scenes, contributing to the ever-increasing 21st century blur of musical boundary lines.