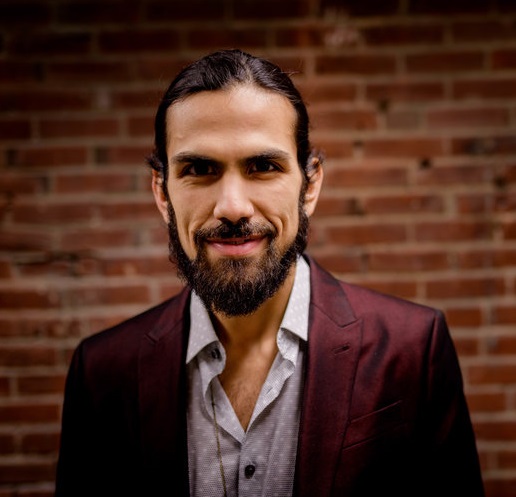 And The People's Key

Combining the happy swinging feel of the Kansas City jazz scene with the hard, soulful groove of St. Louis funk, soul and blues. The People's Key blends these Mid-Western styles into one cohesive sound.

They groove in the traditional style of jazz, but provide listeners the opportunity to ride along as they relive the sounds of their lifetimes, with tunes by modern artists from Michael Jackson, The Beatles and Stevie Wonder to Green Day, Jay-Z and Bruno Mars. This band puts the classic jazz sound of the ‘50s & ‘60s on all your hit favorites from the ‘70s and beyond.

Debuting in 2013, the group has had the opportunity to open for national acts such as The Jeff Coffin Mu’tet and Fareed Haque’s Math Games. The band has released 5 albums: The People’s Key (2013), The Sean Carter Jazz Suite with Lamar Harris (2014), Heal The World (2015) and the band’s current release “Within You” (Fall 2016) features music of The Beatles, Jimi Hendrix, 90’s grunge and more. In 2018, the group released "Time of The Season" ft sounds of the 60's "flower power" era and "Unlocked Doors", the groups original debut album.

Ryan Marquez is a keyboardist, songwriter/arranger, and vocalist baptized in soul, indoctrinated by jazz and raised in hip-hop culture. His performances launch audiences on a synthesized ride through luscious harmony and righteous melody. Think Steely Dan steeped with Stevie Wonder cooled down by Robert Glasper.  His songwriting serves uplifting messages of love and peace attuned to danceable grooves with catchy anthem styled hooks. His projects Fresh Heir (pop/soul), The Belief Cycle (pop/dance) and The People’s Key (jazz/funk) have been staples in the Midwest for nearly 2 decades. His first solo project is set for release in the Fall of 2020.

Ryan’s recording and performance credits include Grammy winning and nominated artists such as Chance The Rapper, Terence Blanchard, Ernie Isley and Michael McDonald.

Currently an Artist in Residence with The Kranzberg Arts Foundation for the 2020 season, he has been awarded 2 artist support grants via The Regional Arts Commission of STL since 2018 while two of his projects, Fresh Heir & The People’s Key were inducted to the Missouri Arts Council Artist Roster in 2019.