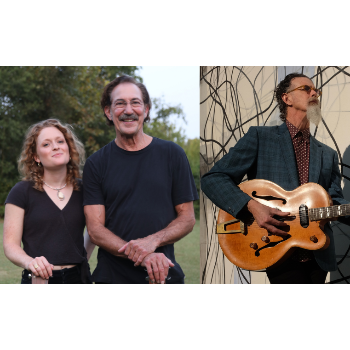 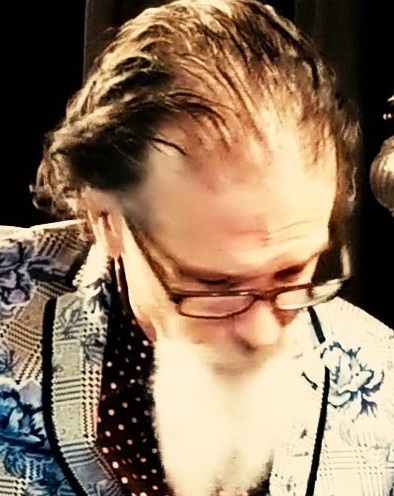 Alice Howe and Freebo present a unique study in contrasts, bringing together a venerable music icon and a talented newcomer. Each a compelling performer in their own right, they both lead and support each other in their well-crafted songs with flawless harmonies and tasteful instrumentation.

A rising voice in modern folk, Alice Howe offers a love letter to 60s and 70s folk and timeless blues. Hailing from Boston and now based in Los Angeles, Alice released her critically acclaimed full-length debut, Visions, in 2019. Produced by former long-time Bonnie Raitt bassist Freebo with a stellar cast of musicians, Visions features new originals alongside Alice’s interpretations of iconic songs from her family’s vast record collection. She is currently at work on her sophomore record, to be recorded at FAME Studios in Muscle Shoals, AL, with an expected release in early 2022.

"A luminous alto voice full of warmth and nuance, [Howe] writes smart and affecting lyrics flavored with wit and irreverence." – The Patriot Ledger

Watch the video for Alice’s new single, her version of Joni Mitchell’s classic love song, “A Case Of You”: https://youtu.be/r7EVUb25REI

Alice performing “Twilight” live with a full band at the Burren in Somerville, MA: https://www.youtube.com/watch?v=Pb9JWSa_6f0

Freebo is a genuine folk, rock and blues icon who, after over 40 years of recording and touring with many of the great artists of our time (Bonnie Raitt 10 years, CSN, Maria Muldaur, John Mayall, Ringo Starr, Dr. John, Neil Young, & many more) is regarded as one of the most gifted singer-songwriters of today. A multi award winner and finalist in numerous songwriting contests, Freebo was also recognized as the 'Best Folk Artist 2007' by the Los Angeles Music Awards. In addition, he has appeared on Saturday Night Live, The Muppet Show, The Midnight Special, and in concert with the legendary Spinal Tap. His compassionate concern for the world and people around him, as evidenced both in his lyrics and his open stage banter, has helped him connect with listeners worldwide. A musical evening with Freebo is astute, insightful, clever, and truly melodic.

“Freebo is more than one of LA's best players, he's also a richly gifted and distinctive songwriter, as expressive in his writing as on a bass.” — Paul Zollo, Songwriters On Songwriting

If you share with Blue Strawberry a genre-agnostic appreciation of the cabaret form - meaning song and story - there is no one doing it better than Walter Parks. His show is a pure and incandescent enchantment, a joy and a thrill of consummate artistry.

"Walter Parks is an extraordinary singer whose songs can break your heart as well as get you dancing… Walter is a musical treasure, an artist of the highest caliber... I adore him." – Judy Collins

Making this a night to remember will be a special set with a Songwriters-In-The-Round format. The emerging and luminously voiced Alice, and veterans Freebo and Walter, take turns singing their songs and telling the stories behind them. Then a set featuring Alice with two of most renowned sidemen in the business. Freebo toured for ten years with Bonnie Raitt (and other legends) and Walter toured for ten years with Richie Havens.