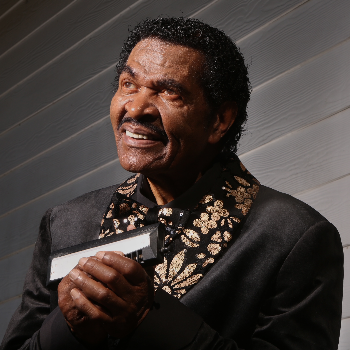 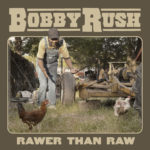 Get up close with Bobby Rush, a GRAMMY-winning blues legend, Blues Hall of Famer, five-time Grammy nominee, 13-time Blues Music Award winner, and B.B. King Entertainer of the Year. He' been making records for nearly 70 years and has more than 400 recordings, 75 career releases, and now 27 studio albums to his name.

After earning a Grammy Award for Best Traditional Blues Album and a Blues Music Award for Album of the Year for his studio recording Porcupine Meat in 2017, he spent a year writing his follow-up. In 2019, at age 85, he released Sitting on Top of the Blues with 11 originals, earning him another Blues Music Award and Grammy Award nomination. Rush is one of the last Black bluesmen from the class to emerge out of and triumph in the 1950s, ’60s, and ’70s. He has recorded for more than 20 labels, from Checker/Chess and ABC to Philly Int’l and Rounder/Concord. To cap off 2019, he had a cameo in the Golden Globe-nominated Netflix original film Dolemite Is My Name, the Rudy Ray Moore biopic featuring Eddie Murphy as Moore.